I already don't know what to do with the other hat shaped like Sonic's head I already have...
Top

Wear it to an ARC convention.
Top

This promotion would've made more sense for Billy Hatcher. Ready to help Sonic put a stop to the diabolical plans of Dr. Eggman on both the Wii and DS version of the game, when Sonic absorbs the Orange Wisp’s power, he blasts into the air like a rocket in an explosion of colour, reaching unparalleled heights at staggering speed. Much like its Yellow cousin, with the Orange Wisp, Sonic is able to reach secret areas and hidden rings far beyond his normal reach! What secrets will you find?

Keen eyed SSMB member Blue Blood has spotted a new part of the HUD at the bottom right of the screenshot containing symbols matching the red rings seen in gameplay videos from E3 but what it’s purpose is remains a mystery for now.

We’re now five Wisp’s down with just three more to go, what other powers could there be?

I hate these micro press releases. I know it's meant to somehow create buzz, but it ends up coming off as desperate.
Top

The background in that shot looks like shit.
Top

There's whinging and then there's the absurd, which is this.

That doesn't really seem to be a press release as much as a tidbit thrown out on the Sega blogs. Not nearly as insulting as most of the Sonic 4 marketing, put it that way. Meanwhile, AAUK teased at some Sonic franchise news on or about Thursday, which he over-hyperbole'd the announcement of, so the usual melodrama is making the rounds at the big forums. thnx so much, dude.
Top

The numbers are also all fuzzy and Sonic is so small I can't even see him. This game must be a pile of shit.
Top

FlashTHD wrote:There's whinging and then there's the absurd, which is this.

No, they really do look like shit, have a look at the larger image. To give my remark a little context though, I am impressed overall by the visual standard of this game, I just hope that they can up the polygon count (without of course affecting the framerate) to smooth over some of its rougher edges. In light of the bar Mario Galaxy 2 set for visuals on the Wii, I'm sure that this engine could be churning out better, even if the speed of the game requires minor sarcifices on this front.
Top

Those trees ARE pretty nasty looking, but how long would you be looking at them in game, honestly?
Top

That background reminds me of the trailer. I assume they're both depicting the same level.
Top

I agree with this statement. PPA's reaction would be fantastic!
Top

Sonic Blu-ray is actually fitting, in a retarded sort of way.

It gets even better when you imagine Sonic as being a manta ray.
Top

Naw, the manta ray would be the new sidekick character and you know it.

Synopsis: "Soar the Manta Ray! He painted himself bright blue to be just like Sonic! His biggest fan beyond a shadow of a doubt, he joins Sonic in his new storybook adventure in the ocean, where he'll meet mermaids, Captain Nemo, and many more in his speedy search for the Tumult Tridents! Also playable: Knuckles and his new buddy, Krakkin the Octopus! They'll put the beat down on all comers through multiple brawler stages! Use combo attacks to blast your way through the hoards of foot soldiers sent out by the notorious new enemy: The Blue Squall Army!

Man, whatever happened to that sketch we had of some shitty shark friend? Because all this talk reminded me of him.

Well, that and that sarcosuchus character we came up with, too.
Top

So apparently it looks like Jason Griffith won't be voicing Sonic in Sonic Colors.

Whether this a just a one off or he's leaving the franchise for good remains to be seen. I kind of hope they're experimenting and they're going to try having a mute Sonic in this game but that's probably expecting too much.
Top

Shadow Hog wrote:Man, whatever happened to that sketch we had of some shitty shark friend? Because all this talk reminded me of him.

Well, that and that sarcosuchus character we came up with, too.

What, no love for Soft Serv?
Top

BANNED
(from my mind, anyway)
Top

I personally could not give a crap about who voices Sonic or anyone else.
Top

Let's just cast Nolan North as Sonic. Hell, let's have everyone in the game voiced by Nolan North. Even Amy. Especially Amy.

Still think this game looks beautiful, at least in terms of art direction! Although obviously they are cheating a bit... the Wii can't run games at this high a resolution! (I assume that's why the score counters and other 2D elements look a little "blown up".) 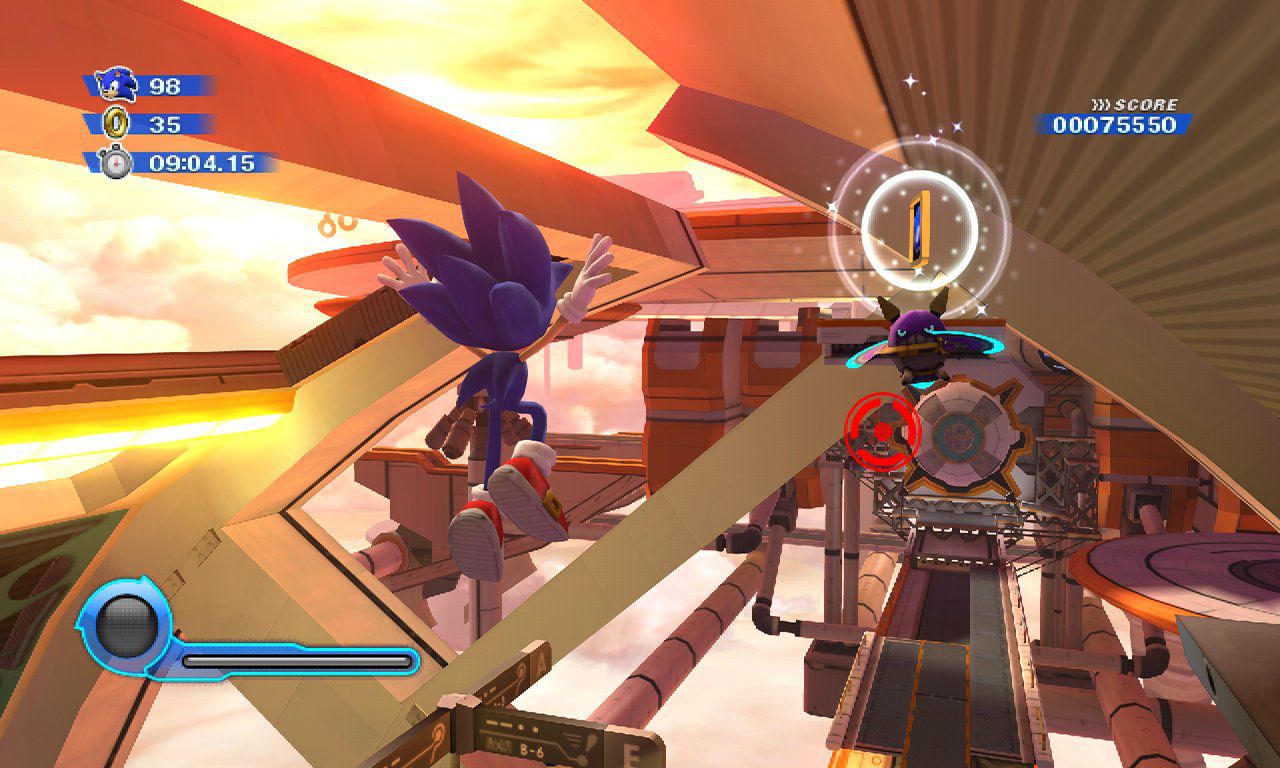 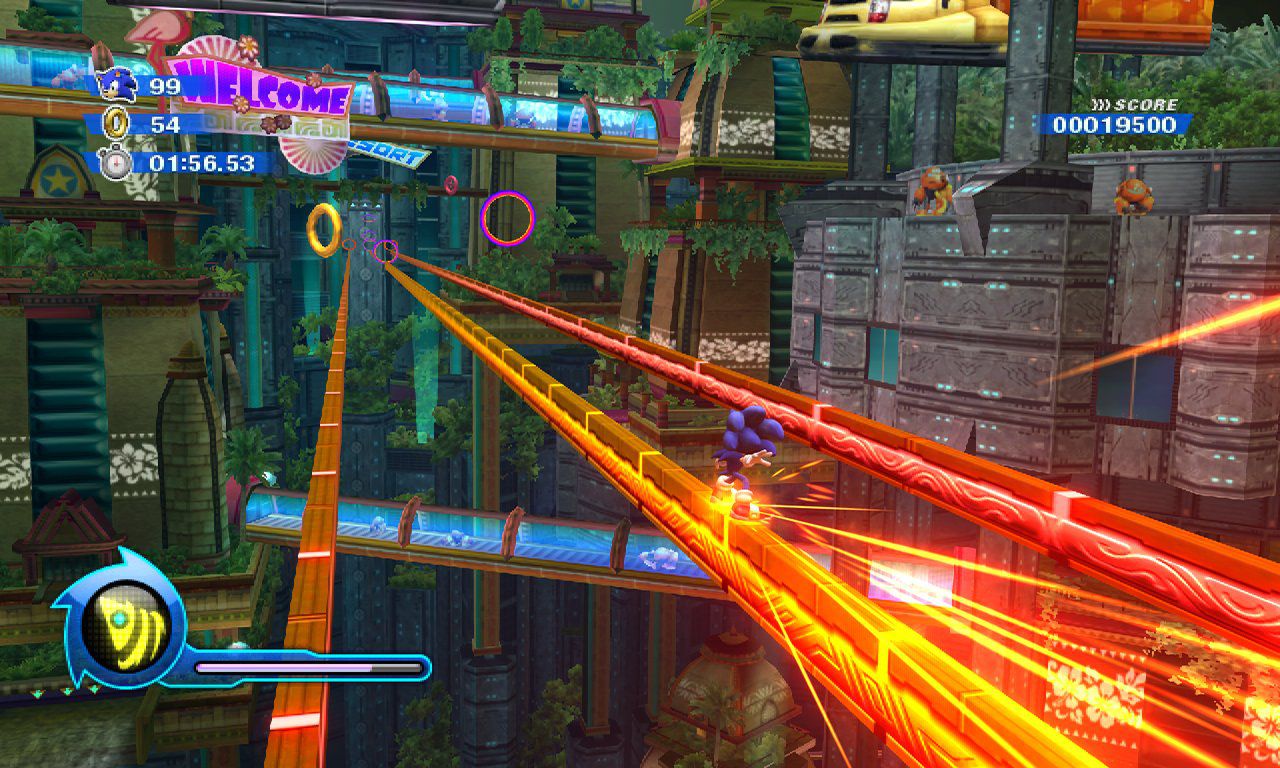 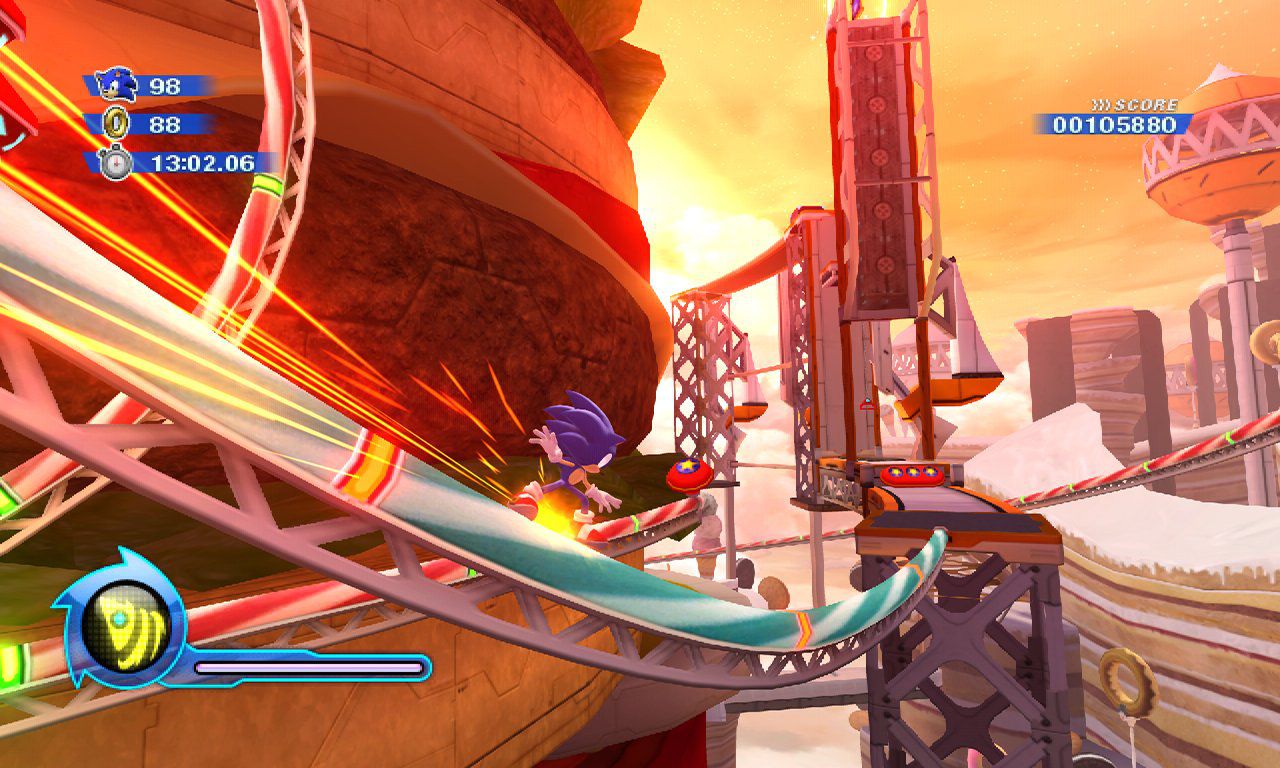 The art direction looks extremely bland in those screen shots. I have no idea what anyone could see as 'special' in it. Especially those copy-and-paste Egg Pawns.
Top

Oh look, it's one of those spinning-blade enemies from Adventure.
Top