That is gone now, though. iizuka's creativity is no more.
Top

SA2 is also where they changed him from a mechanical engineer into an experimental physicist and gave him an IQ higher than Eggman's. It's pretty much where the whole character went wrong.
Top

Frieza2000 wrote:SA2 is also where they changed him from a mechanical engineer into an experimental physicist and gave him an IQ higher than Eggman's. It's pretty much where the whole character series went wrong.

They should make Tails an autistic savant and make him stutter constantly while he talks.
Top

So basically Tails should be PPA.
Top

I just realized why knuckles wasn't in this game. He was probably thinking, " holy shit, the worlds been split in to like a million pieces, but hey the floating islands doing great!"
Top

Actually he was just pulled from the game, as there was going to be a Knuckles minigame.

The game is out in Japan now, so maybe we might see it come to DLC soon, if they make any.
Top

Kogen wrote:Well he still flies in the games, just Tails is not given a real role like before. For flying examples: Sonic 06, Sonic Riders 2, Sonic Chronicles.

Sorry, I haven't played any of these games...


Kogen wrote:And before I meant Sonic is a popular franchise, not just a popular game franchise. Cartoons, comics, general knowledge... you know what I mean. SEGA has lots of other popular game franchises, it is not just Sonic as people who do not pay attention think (Condemned, Yakuza, Monkey Ball, Total war, Football Manager, and so on; all do million + sales).

That doesn't really matter though. They're in the red and Sonic rakes in more money than anything else Sega owns. The only way I can see them considering selling him off is if they owed money they didn't have.


All these characters are just piling up and no one cares about them. Do they really help the games sell better? Most of the useful and fun abilities can be used by Sonic, Knuckles, and Tails (no I'm not counting things like telekenesis and fishing, cause they are not only arguably un-fun, but they just don't fit into the series). So the extra characters definitely aren't functional. I wouldn't mind seeing some refined (lol) E-102-style gameplay, but I think they probably ran out of ideas for that with Sonic Adventure 2. Was any other alternative gameplay even fun?
Top

They are "in the red" because of slot machine and arcade game sales, as well as the bad economy. Namco is for arcades too, as is EA for game sales. You cannot blame their games for this when they sell good a lot of the time. Obviously Sonic makes the most money, but other titles still make money.

As for gameplay, I am just mostly concerned about platforming. If I want to hack shite up, I will play Golden Axe, if I want to shoot, I will play Metal Slug. No need in Sonic merging into these other genres. I am not against new characters at all, though, it just bugs me when they replace the main characters with crappy ones. The main cast was full over a decade ago.
Top

Kogen wrote:Actually he was just pulled from the game, as there was going to be a Knuckles minigame.

Wait, what? What was the nature of this minigame?
Top

I don't care how many characters are in a game as long as they play differently and had character specific paths to increase the replayability. that's what sucked about sonic heroes (among other things) is that you played the same game 4 times.
Top I'm not gonna lie. if there were an art book released for this game I would lap it up in an instant.
Top

Holy bloody hell that Werehog with the chains.

Well, hey! My suspiscions were right along. He's the estranged cousin of

(Who in turn, has a neglected little brother getting some 15 minutes right now on America's TVs:) 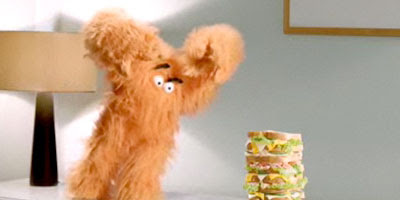 Holy bloody hell that Werehog with the chains.

Well, hey! My suspiscions were right along. He's the estranged cousin of

EDIT - Looking at all those preliminary sketches for Chip, I'm kind of glad they went with his evidentual design. Except maybe for that Flicky thing.
Top

Better have been sarcasm.

This worries me, mainly because most characters on their cast list are only there if they have MORE THAN one game appearance...
Top

Oh God I really hope I don't have to put up with Marine again.
Top

Oh. Oh. Imagine this. They work her into the next 3D game.

And her pre-teen 4Kids VA doesn't really know the difference between an Australian accent and cockney.
Top

And he has a tattoo to boot!


This worries me, mainly because most characters on their cast list are only there if they have MORE THAN one game appearance...

Does this mean this game isn't the end of Werehog and Chip like we thought it was? Oh Sonic Team, you loveable, devious assholes!

Any translations for the new profiles, particularly Marine?
Top

There will literally be fucking murders.
Top
Post Reply
2472 posts