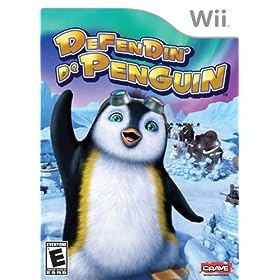 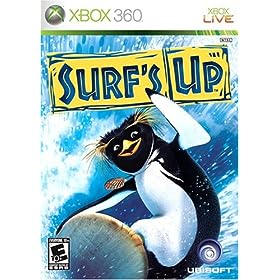 Holy crap, only now I've noticed that baby penguin heads aren't as black as those of the adults. I'm enlightened.
Top

My family had penguins as their "mascot" long before the fad hit.
Top

Good lord, there's actually a Pingu game out there.
Top

I can't believe Pingu's Japanese... or is it?

HA, YOU FELL FOR IT!
Top

So is this a request, or a challenge?

Kekkyoku Nankyoku Daibouken, aka Antarctic Adventure, from Konami for the MSX. The main character cameos in a few of the Parodius games.

Doki-Doki Penguin Land from Sega. Originally on the SG-1000 but I think there's a coin-op version as well.

Penguin-kun Wars from UPL. This was ported to a few different consoles but I'm pretty sure it was a coin-op first.

Hebereke from Sunsoft for the Famicom. This guy became quite popular in Japan. There are at least 5 spin-offs starring the character: Hebereke no Popoon, Sugoi Hebereke, Hebereke no Oishi Puzzle wa Irimasen Ka, Hashire Hebereke, and Popoitto Hebereke. On top of that, he made cameo appearances in a couple of Sunsoft games, including Albert Odyssey.

Yume Penguin Monogatari from Konami for the Famicom. This is probably related to Nankyoku Daibouken.

Ninpenmanmaru. This is based on some manga, I think.

Iwatobi Penguin for the PlayStation. I'm not sure what this is about, but apparently it has its fans.

Wasn't this, like, the second or third Dreamcast game announced after D2 and Godzilla?


There was also at least one other Pingu game for the Game Boy and of course everyone here knows Pengo. Probably a few others I missed.

Not that I'm a nerd or anything.
Top

... So did you take advantage of your sojourn at Papua New Guinea to go pill happy or something, Jared?
Top

I think you have a severe case of autism or something.
Top

Now, don't be jealous of my VAST COSMIC KNOWLEDGE.
Top

I shall test it. How many games are there where you play primarily as a pirate? (There seem to be too few of them at least from my knowledge.)
Top

Games where you specifically play as a pirate, or any games with a general pirate theme?
Top

Where you play as one. The other would probably span too many games.
Top

GODDAMMIT STOP CHALLENGING HIM OR YOU'RE GOING TO BREAK HIM.
Top

Dude, you could probably solve world hunger or something if you put that amount of attention to it.
Top

I was totally gonna mention Penpen Triathlon, but GG! beat me to it.

Yes, GG!'s ability to list the obscure reminds me of this guy who has mild autism who can do things like list every Mega Man game off the top of his head (this is one of his more minor feats, but it's the only one I can think of at the moment).
Top

To be honest, only half of those games I knew off the top of my head (and only remembered the titles of 4). For the rest, I referred to my extensive notes.
Top

So, did you amass enough knowledge to figure out WHERE THE HELL THIS CAME FROM YET??!

I think I tried to play almost every arcade Namco game from before 1990 with cheats on a long time ago though I don't think I ever figured out where it came from. I guess I may have to be more thorough in playing them sometime later, but if you happen to know off the top of your head it'd make me happy.
Top

Some vast cosmic knowledge you have.
Top

It looks like that screen shot is from one of the Bonus Stages in Marvel Land.
Top

I was gonna say just that. Anyway, this sure brings memories... of a four-year-old topic. You know the one.
Top
Post Reply
157 posts