The thing with special stages is that they were always a change to the game's main gameplay. First it was just the "gravitational" change, with the rotating levels from Sonic 1, and then a perspective change, with the pseudo-3D from 2, 3&K, CD, Chaotix and 3D Blast. I think that's what I'd like to see: a change of gameplay and perspective.

But having said that, I'd love to see something completely new. I'm sick of the Sonic 2/Sonic Heroes halfpipe thing. It's basically a runner.
Top

Neo wrote: This is the kind of backwards-ass thinking that got us those friggin' Bubbles pits in Sonic 4.

The problem with a lot of Sonic 4 (and much of Advance) was that there was no alternative to many of those routes. Plus, the punishment for failure was death, which was a too extreme for something that the player probably would fail on their initial attempts.

With Super Sonic it's a different situation, as you need to have collected all 7 Emeralds (so there will be an alternative route) and by that point the player is highly experienced. The player's making a choice to take on such a route - it's not being forced on them.

I think essentially I want Super Sonic to be a bit like replaying Sonic Colours. In that game, you could go back and replay the older levels with the Colour powers acquired in latter levels and use them in creative ways to access new sections (For example, most people would think the goal ring marks the end of the level. But if you used the right power, you could actually skip over the goal ring and access a brand new area.). If they could use Super Sonic's abilities in a similar way, he would be a great enhancement to the game.
Top

Sonic Lost World 3DS's special stages look like fun, even though they're ass to control.

I think something based on them with button-based controls could be fun. Instead of collecting stuff, though, there should be some more original criteria for getting the Emerald, like performing enough unique aerial tricks given the architecture and objects in a given Special Stage.
Top

Majestic Joey wrote:I hope they give you the option of changing the sprites though. I've always preferred the sonic 3 sprite for sonic but it'd be a nice extra or secret to be able to switch to the sonic advance sprite.

I'm also a bit annoyed about the whole sprite issue, it's not as bad as the jump back from Rockman 8/ & Forte to 9 but it's still jarring. Not sure how they could make the Advance sprites work due to the slight difference in resolution, maybe with some filtering? And like Popcorn said, I'm not interested in the whole stage recycling, even if they come up with a plot-related excuse for it.

Also a bit bummed by the lack of the W-spin attack, maybe they could implement both by keeping the same command for the W-spin and making the command for the Drop Dash something like ↓ + jump while in mid-air, like performing a Spin Dash? That would make sense since both moves have the same ultimate purpose.

And I wonder if they're going to try to emulate the YM2612 Mega Drive sound for the music composition, or if they'll try to emulate that 10-bit pulse width modulation 32X stuff to more closely "match" the graphics, or simply go with digital audio?
Top

I'm fairly sure that none of the advance sprites have as many frames as Mania.

Besides they're ugly as sin.
Top

Dr. BUGMAN wrote:I'm fairly sure that none of the advance sprites have as many frames as Mania.

Besides they're ugly as sin. 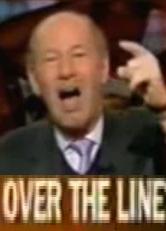 You're free to hate on modern Sonic's design however much you want. But from an animation standpoint, the Advance sprites are fucking gorgeous. Have you seen what the overall standard for GBA sprites was like?
Top

Better than most doesn't mean good. They pale in comparison to Mario & Luigi which had the sense to pare down the bros' designs so they read better as tiny sprites and more thought put into their animations.

I mean look at this goofy mess:

Are his legs pivoting on his knees? What??
Top

Admittedly, Advance 1 had the roughest edges; it got better later on. But maybe a short reverse frame order GIF at 400% zoom isn't exactly representative of the ~1000 frames of character animations present in the game.
Top

I've always been very fond of the aesthetics in the Advance games. The levels were gorgeous, and every character moved wonderfully, like they were straight out of an anime with way more charm than Sonic X. Cream was infinitely more endearing in Advance 2 than any of the games following it.

Very disappointed that the series didn't keep this style of artwork, especially for the anime.

I'm actually really not digging the Sonic sprite in Mania. It's palette is way too bright and Sonic looks totally stiff when compared to the set pieces in Studiopolis.
Top

A good place to make these complaints would be on Retro. Tax and the gang do hang there. I'd like to join that forums as it has a lot of my Sonic Cult buddies but I feel I can't contribute enough to warrant for them to approve my application.

And Sonic Advance 2 was my favorite of the Advance series. It wasn't as platform heavy as the first installment, but the maps, music and sprite improvements sometimes out weight a lot of the automation of parts of the levels.
Top

I always loved the Advance sprites. They feel so alive and filled with personality. Sonic sprites were always about that: conveying the characters' personality through their actions, and I think the Advance series took that to a level that they unfortunately never visited again.
Top

Upon remembering that the sound effect for the transporters in Studiopolis is borrowed from the sound effect of the transporters in Sonic Spinball (The Machine) it occurred to me: wouldn't a pinball level be great as a special stage? I've just replayed all the classic games and to be honest the only Special Stage I like is Sonic CD's. It might be good if they could flesh out pinball sonic a bit...
Top

I remember actually being excited for Casino Street Act 2 when Sonic 4 first came out, because the idea of a 2D Sonic stage just being one, huge, intricate pinball table sounds like such a fun concept. Imagine my surprise when said pinball table was tiny and rather bare-bones.
Top

I played it! They had demos at PAX West. Studiopolis was really fun. I had thought it looked excessively busy (too many bumpers) from watching videos but playing it it all clicked and everything felt really right. Definitely one of the best, if not the best, 2D sonic stages I've played since S3K. And it's really bouncy and surfacey, rolling over hills and all the slopes was fun and enjoyable, it just felt really pleasurable. I don't want to oversell it but I'm total sold.

I liked it so much I went back to try the Green Hill Zone, and I don't think that was as good, the new stuff was a little weird alongside the classic reconstructions, but I think it'll be more fun to play around with when I have it at home.

I also played Fire and Ice along the way. It does seem like an improvement on the previous one but I won't be bothering to play that one again.
Top

This game can't decide which gloves Sonic'll wear. It's Sonic CD all over again! Now that's attention to detail!

I think it's interesting that the visual and aural aesthetics of Mania very heavily ape 1 and CD while the gameplay and level design tick all of 3&K's boxes.

I'm not really a fan of statues, so it's not that appealing to me. I wish they had included included concept art and interviews (A bit like the Generations Collectors Edition, but better as that promised new artwork, but just had previously seen stuff).
Top

The extras aren't super great (but are they ever?) but if you have an Amazon Prime account (or allegedly, even a free trial) they supposedly knock off 15% (or maybe it was 20%) from the price of the game. Not sure what the regular edition will retail for, but that knocks down the total price to under $60US which is cheaper than a normal new game. I would think (guess) that the standard edition would be somewhere between $30-$50, so it's not a terrible deal, if only for the nice box and the Genesis/MegaDrive cartridge. If it is going to be "download only" then I'd still like to have something physical to sit next to my other Sonic game cases.
Top

The extras didn't seem that great to me either. I already got enough sonic figures and a metallic key and cartridge doesn't seem that appealing to me. Plus, you got to wait for the game to ship from amazon so you don't even get to play it the day it comes out.

For me, the selling point in collector's editions are art books and soundtrack cd's.
Top

Amazon will ship pre-orders in advance so they show up on release day, even if you select 2-day shipping. Not sure about Super Saver though.
Top

I'm liking the marketing for the Collector's Edition!
Top

Looks like there's going to be more remixed levels than original ones (you'll have to excuse me for the TSSZ link).

Hm. HMM. I liked the look of Mania's Green Hill Zone, I did, but I wonder how many zones there are going to be in total? I can't imagine more than 8 or 9...
Top

Gaz wrote:I'm liking the marketing for the Collector's Edition!