Sonic's 12 inches (you know you want it)

Speak your mind, or lack thereof. There may occasionally be on-topic discussions.
Post Reply
15 posts • Page 1 of 1

Sonic's 12 inches (you know you want it)

So, apparently everyone is all about classic Sonic, except Sega. This awesome statue doesn't come with a sword or a removable werehog costume. Bummer. =( 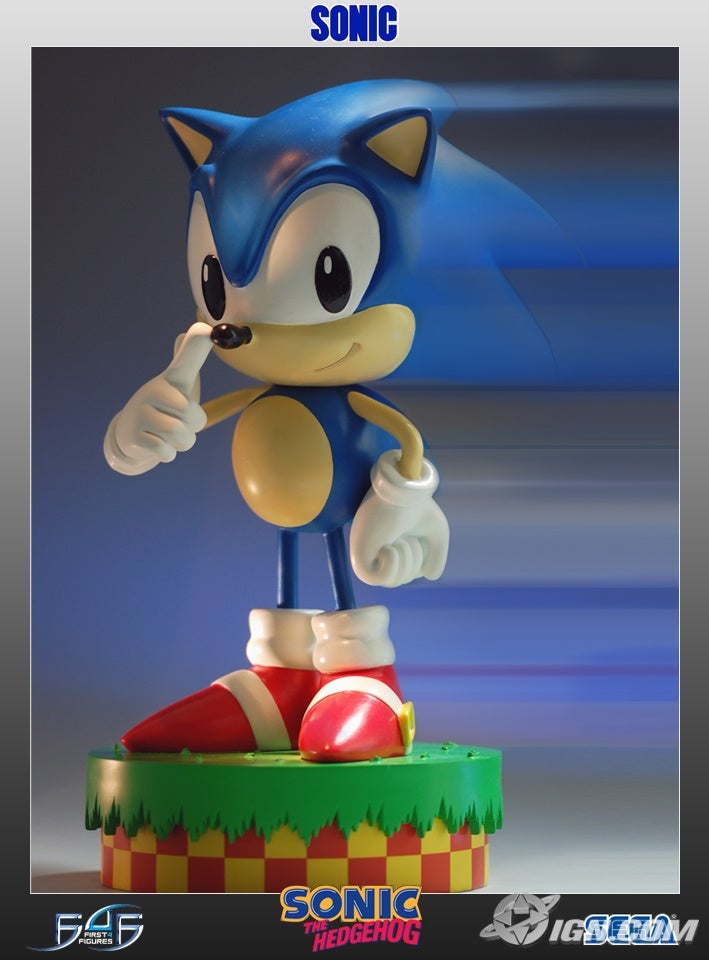 It was created from the original artwork of the Mega Drive games. Sonic's the first from the collection.

Here's the news linkfor it. It's not being sold yet.
Top

Wow, it's awesome but I wish it just looked more detailed. I know it's classic sonic and he i . s not supposed to look super detailed and realistic but I mean it costs 100 bucks.
Top

...I'm not construing that as negative or anything. Just making an observation.
Top

Guess the reference and win...
Top

Seinfeld. What do I win?
Top

My friends and I play a game in which someone announces a task that needs to be done and the others respond by touching their noses and saying "Not it." Whoever touches their nose last usually has to complete the task.

"Starring as a werewolf/knight in shining armor in your generic next game... Not it."

This is the kind of useless junk every Sonic fan wants to have...
Top

THESE ARE NOT THE 12 INCHES I EXPECTED!
But I still dig it.
Top

So whatever happened to the figures they had already announced for July?

Isuka wrote:THESE ARE NOT THE 12 INCHES I EXPECTED!

Somehow this sentence keeps showing up in my life.
Top
Post Reply
15 posts • Page 1 of 1